This week has been one of comings and goings. Coming, most notably was our cheque from the sale of Ronnie’s house, and with almost as much excitement (from me) my three Ebay purchases from last weekend, goings were my little round table and the giant holly tree.
The garden looks a lot bigger without the tree, but also more ‘normal’, and I don’t like normal. You can now clearly see the original Victorian fence to the right of the garden, we’ll need to lose this to put up a new wood fence fairly soon which will be sad, but I think the days of a 3ft fence dividing neighbours are long gone, especially when you own a crazy cat, and them, and even crazier dog. I hope to be able to use the old fence to divide off a little vegetable plot at some point.

On Saturday I collected last weeks Ebay steals, I’m totally, and utterly in love with my window, I’ve looked at sooo many, but when I met this beauty, I knew it was the one for us. . 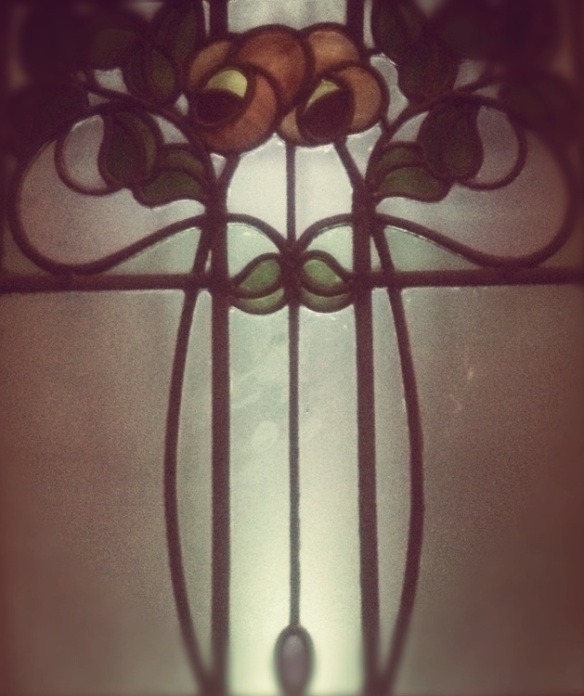 It’s going to look stunning when it eventually goes into the alcove. I also picked up the mirror which I can’t wait to hang, it will be opposite the French window so should make the area feel much more spacious than it actually is. The guy I bought it from had stuffed bats hanging from his hallway ceiling, so I expect the mirror is glad of a new home! 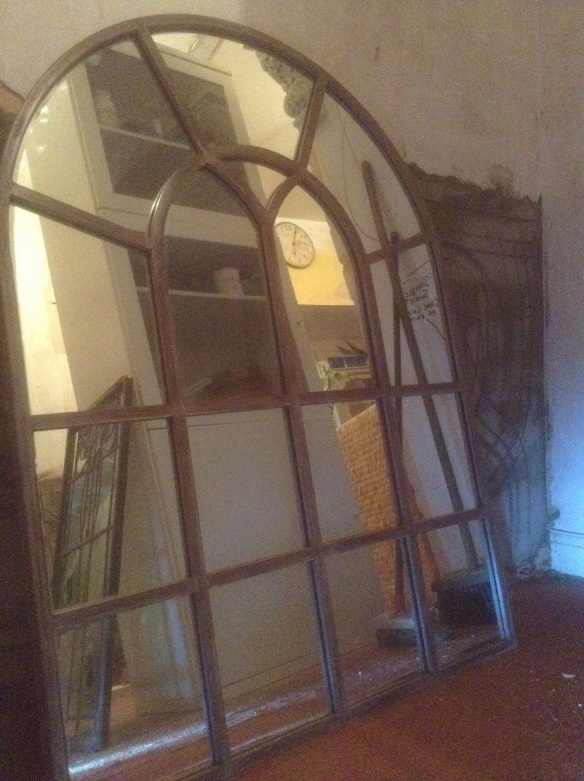 Finally on my little road trip, I collected the corner cupboard for the kitchen, it’s actually much nicer than I expected and I feel quite sad that it will most likely end up being repainted to match the units, I love the little lock and key.

The DPC has gone in this week, along with the base plaster. It’s good to see the back of most of the bricks and house feels a lot more finished than it did last week. Some bricks we didn’t want to see the back of though were the ones that form the library fireplace. It’s not especially pleasing to get home from a day at work to find that the bricks we painstakingly removed plaster from have been plastered over again! The DPC guys are coming back next week to correct their mistake and get the plaster off again, hopefully the chimney won’t fall down in the process. 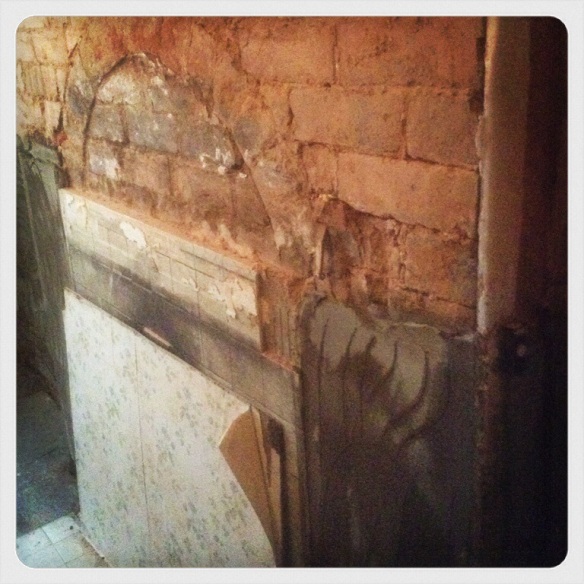 I’ve got upholstery class next weekend, so I’ve been doing a little bit the dreaded chair to hopefully get it somewhere near finished in class. Progress on the exposed brick wall in the kitchen is a bit slow, it’s difficult when aiming for a rustic look to identify quite what ‘done’ looks like, it’s definitely NOT done yet though…homework for the week…I think. The kitchen fitter starts on Thursday, excited, much. We’ve been getting the last bits and bobs finished in preparation today, we cleaned up the areas where the two walls have come down and found the old quarry tiles a few inches below the current floor, I’m afraid that’s where they are going to stay as they are now covered over again ready for tiling.

We’ve also chosen our worktop, we’ve gone for the 40mm oak, it’s the middle one on this picture.

And finally, I (re)found this tea pot, we found it in the garden on moving day and rediscovered it in the depths of the last kitchen cupboard to go today. It’s quite sweet!

2 thoughts on “Comings and Goings at Lansdowne.”